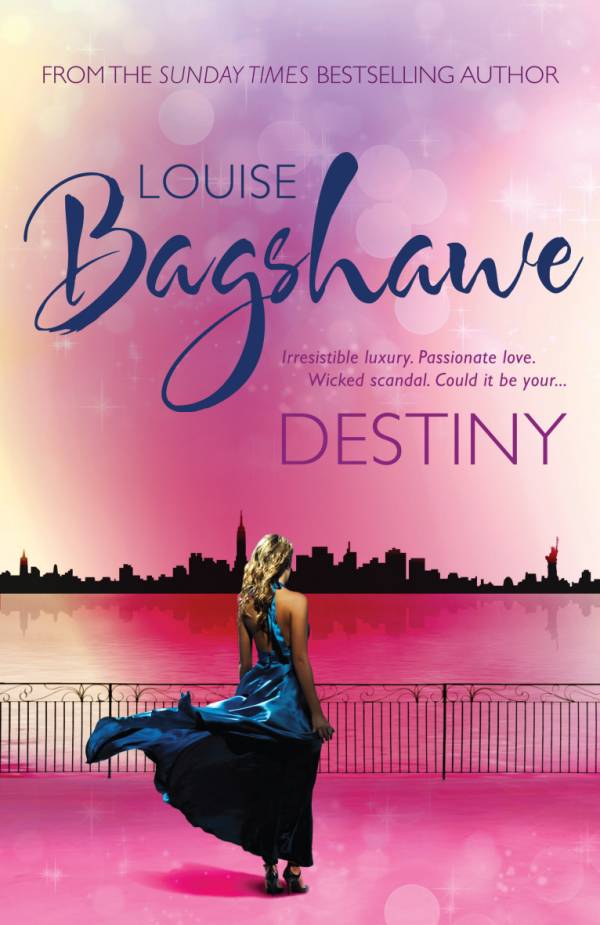 Ah, chick-lit, you are a sweet, sweet release.

Looking for my latest escape from reality, I recently picked up my first book by Louise Bagshawe, Destiny. I’m not sure why I’ve never read anything from this author. She is very much a chick-lit staple, having published her first novel back in 1995 when the genre was first gaining attention. Since then, she’s written 14 others and been the target of chick-lit criticism. Or should that be chick-crit? (sorry).

Specifically, one Susan Quilliam, a psychologist turned agony aunt (maybe it pays more?), suggested that chick-lit like Bagshawe’s causes irrationally high expectations, which can ruin readers lives because such books cause readers to raise their standards.

Um, not sure where to begin with that one! First of all, IT’S A BOOK. Now I take my writing seriously, but I’m under no illusions that my characters and the worlds I create are imaginary. I’m pretty sure readers have a good grasp of that one too.

As for raising standards – well, there are standards and there are standards. I think the readers have got a good grasp on the limitations of the real world. For instance, the likelihood of a tall, dark and handsome man of exceptional wealth and standing coming into my life and sweeping me off my feet? Low. Reading about it so I can live vicariously through the main character being swept of her feet? Why hello!

This criticism also forgets something essential to the genre of chick-lit: the flawed heroine.

But how far can we push this concept? In Louise Bagshawe’s novel, Destiny, I was about to find out. 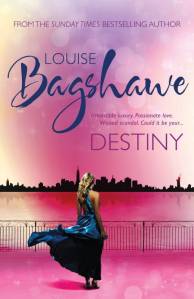 From Goodreads: Orphan Kate Fox is determined to make her mark in the world, and what better way to secure her future than to marry money? When she attracts the attention of media mogul Marcus Broder, it seems as though all of Kate’s dreams have come true. But marriage to Marcus isn’t everything she imagined.

It’s a simple premise – gold digger marries for money but discovers it’s not all it’s cracked up to be.

It makes for an interesting story but the execution is somewhat trickier. First of all, how do you make the reader feel for a lead character who marries only for money? Especially a man like Marcus Broder? He’s rich. Handsome. He’s also a sinister control-freak of a man who is used to getting his own way. He’s the sort of rich that is so far removed from everyday society his personal skills are in need of a lifetime of therapy. He doesn’t do relationships. Instead, he does possessions and Kate Fox becomes his most prized.

Woe is me. Wealth is boring.

The abundant world of wealth is one of the clever ways Bagshawe teases out some sympathy for Kate from the reader. Sure, there were hints. Marcus is slick and powerful and demanding, but it wasn’t until the deal was sealed, signed and delivered that Kate realises the true depths of her mistake. We’re forced to live the reality of that mistake alongside Kate. Her lack of control, her forced obsequiousness to Marcus and his marital expectations, and her boredom. Kate is a smart girl and she’s smart enough to realise that her marriage to Marcus is not enough.

The other way Bagshawe encourages us to root for Kate is the story of her childhood and background. She’s an orphan from the wrong side of Manhattan who has clawed her way to the top. We grow to like her for her attitude, spunk and determination. The beginning of the novel details a considerable backstory around Kate’s youth, which at first I found a little unusual and uncertain of the relevance.

However, if you keep reading, the backstory is both essential and enjoyable. It includes the development of her relationship with her best friend, Emily, a lovingly normal young woman pursuing her dream of left-wing magazine editor and owner. She’s also the sort of true friend that stands behind Kate in spite of her poor decisions.

It’s these reasons we’re willing to forgive Kate for being human.

The remainder of the book was a pleasant surprise. Marcus is set up as an excellent villain and onto the scene comes Kate’s other love interest, David. Perhaps a little too conveniently he’s ‘new rich’ and CEO of a rival magazine company to Marcus’ empire. He’s the one with the power to keep her friend’s magazine afloat after unexpected events and also the one to help realise Kate’s true potential as a career girl in the magazine world.

The plot isn’t exactly a surprise, but it’s still a very enjoyable ride in large part due to the excellent characters. Kate’s journey from gold digger to career girl trusting in her own abilities is entertaining, and made better still by her feisty nature. Her new love, David, also isn’t perfect. He’s a little rough around the edges, stubborn and demanding. Compared to Marcus he’s Romeo, but it was because of these imperfections David appealed.

The world Bagshawe has created in Destiny is slick, luxurious, sexy, exciting and deliciously escapist. But it was the characters and what lay beneath the shiny surface that captured my heart. It’s an interesting example of how far we can push the boundaries of the flawed chick-lit heroine and the ways in which a writer can generate a reader’s loyalty to a character that is less than perfect.

Do you enjoy reading about flawed heroines in chick-lit? Or are the really flawed characters just too much hard work ?