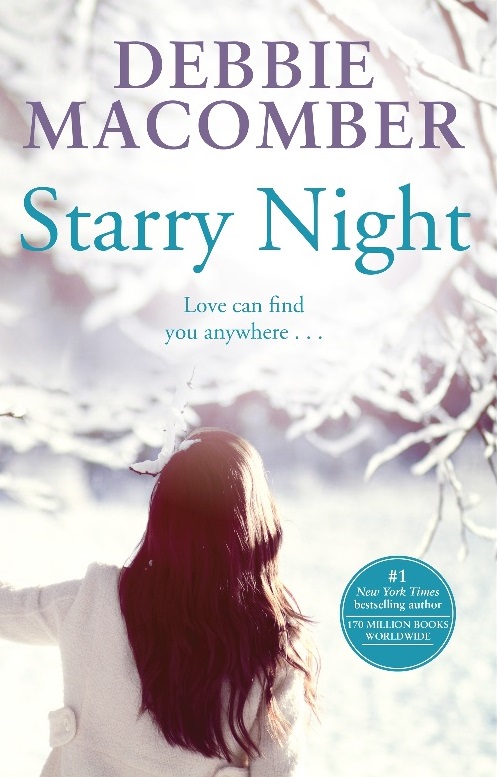 ’Tis the season for romance, second chances, and Christmas cheer with this new novel from #1 New York Times bestselling author Debbie Macomber. Carrie Slayton, a big-city society-page columnist, longs to write more serious news stories. So her editor hands her a challenge: she can cover any topic she wants, but only if she first scores the paper an interview with Finn Dalton, the notoriously reclusive author. Living in the remote Alaskan wilderness, Finn has written a megabestselling memoir about surviving in the wild. But he stubbornly declines to speak to anyone in the press, and no one even knows exactly where he lives. Digging deep into Finn’s past, Carrie develops a theory on his whereabouts. It is the holidays, but her career is at stake, so she forsakes her family celebrations and flies out to snowy Alaska. When she finally finds Finn, she discovers a man both more charismatic and more stubborn than she even expected. And soon she is torn between pursuing the story of a lifetime and following her heart.

This was my first time reading a novel by Debbie Macomber, and the way I slipped effortlessly into the story from page one is testament to her storytelling abilities. Another of Macomber’s strengths is characterisation and she creates a likeable lead in Carrie. She has the determination expected of a reporter but is still a little green and yet to prove herself. This is illustrated perfectly in the way Carrie’s investigative reporting skills land her at Finn’s icy front door, unwelcome and unexpected, and suddenly wondering if she should have thought the journey through more fully.

Finn’s character is all rough edges and harsh words. Trapped together in the Alaskan conditions, Carrie must wait until the weather improves sufficiently for her return journey. It seems even Finn isn’t impervious to Carrie’s warmth. He finds himself revealing more than he intended, to the delight of both Carrie and the reader, and we learn that beneath Finn’s rough exterior is a man worth getting to know.

For me, the highlight of this novel was the way in which Carrie and Finn come together and discover each other. It was enchanting  and feel-good, and everything a romance reader looks for. The second half of the novel lost some of its shine for me. It continues Carrie’s and Finn’s story as they try to bridge the gap in their two very different worlds. Carrie finds herself in the difficult position of uncovering the story of a lifetime but to write it would be the betrayal of the worst kind.

There was a sweetness and innocence to their love story that on one level was very charming, but on another I found myself questioning and wondering if it was more fitting to a YA novel, rather than an adult love story. Carrie’s best friend, Sophie, was also grating at times and her behaviour had me querying Carrie’s choice of friend, which ultimately reflected poorly on her.

While I found Starry Night a little on the sugary sweet side at times, the characters were interesting, likeable and engaging, so that I wanted to join them on their journey. Romance fans looking for an uplifting, feel good story and in search of a clean romance read during the Christmas season, will be satisfied by Starry Night.

It's #coverreveal time for Book 3 in the Pierce Brothers series! One In A Billion is Seth's story, and it's a billionaire romance with a twist, because Seth is intensely uncomfortable with being a billionaire. God, I'm mean to my characters, aren't I? 😂 Pre-order link in profile and ARCs for reviewers coming early June. #upcomingrelease #piercebrothersromance #romcombooks #contemporaryromance #romcom #romancenovel #booksofinstagram #booksofinsta #authorsofinstagram #writersofinstagram #bookstagram #booklover #booksbooksbooks #bookworm #tbr #whattoread #booksofig #billionaireromance
Autumn break to our nation’s capital for a hit of culture and nature. I hiked to the top of Mount Stromlo while the boys mountain biked. Love autumn in #canberra 🍂 #mountstromlo #mountstromloobservatory #nationalgalleryofaustralia
Nice day for a walk. Finally! So nice to see the sun ☀️ #barrenjoeylighthouse #palmbeach #goodfriday #walking #familytime
Third place ain’t bad 😉🤩 Quite seriously, it’s an honour to receive this award from the Romance Writers of Australia in such a competitive category where I was up against the country’s best romance authors. To put it in perspective, Read Between The Lines is the 10th novel I’ve written and my 9th published novel. Writing is a tough gig on so many levels and success in its various forms doesn’t come easy. But I also feel incredibly fortunate to be able to do what I do. I’ve got two incredible men in my life to thank for that - my Leading Man & the Boy - for making my stories possible. Without them, I may have given up long ago! And no offence to the Alphas, but it’s also why I write about Good Guys 😉😍 #romancewriter #romancewritersofinstagram #writersofinstagram #bookawards #romancewritersofaustralia #authorsofinstagram #authorawards #contemporaryromanceauthor #contemporaryromancereads #contemporaryromance #booksofinstagram #bookstagram #romancenovel #romanticcomedybook
Don't forget my romantic suspense is on sale for just $1.99 this month! See what I did there? 😉😂 Buy link in bio. #romanticsuspense #romanticsuspensebook #romanticsuspensebooks #romanticsuspensenovel #contemporaryromance #romancenovel #booksofinstagram #booksofinsta #authorsofinstagram #writersofinstagram #bookstagram #booklover #booksbooksbooks #bookworm #whattoread #booksofig
I need to do more of this. It’s good for the soul. By this, I mean ditching work for the afternoon and spending it with my boys 😉#summerdays #summervibes #manlyharbour #manly
Happy New Year! My standalone romantic suspense set between the Hunter Valley vineyards and Sydney is on sale this month for just $1.99! Don't miss out (link in profile). #romanticsuspense #romanticsuspensebook #bookstagram #booksale #writersofinstagram #writersofig #booklover #booksbooksbooks #bookworm #tbr #whattoread #booksofig #authorsofinstagram
Happy New Year everyone 🥳 I’m certainly not sad to see the back of 2021, so it was nice of our local council to organise a fireworks display in our backyard to mark the occasion 😀🎆🤩 (It was actually just up the road at our local oval). #happynewyear #goodriddance2021 #fireworks #newyearseve
Better late than never. This batch should keep me going until the new year 😋😆 #christmasshortbread #shortbread #shortbreadcookies #glutenfree #dairyfree #nomnomnom