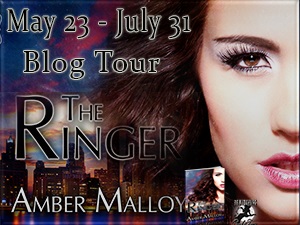 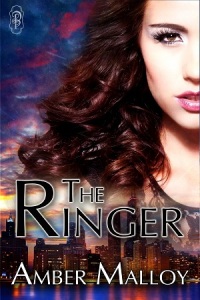 Lane Garret is a dead ringer…

Newly single, cheaters decoy Lane Garret is excited about her fresh start and believes everything is at last on track. Unfortunately, her fantasy of the good life is blown away…along with one of her marks. While on a date, Lane not just witnesses a murder but almost becomes a victim. Saved in the nick of time by one hot detective, she wonders if someone wants her dead.

On forced leave due to a pending Internal Affairs investigation, Jackson (Jax) Thornbird agrees to do a friend a favor. Tricked into decoy security, Jax decides one night will be easy enough, but things go awry. When shots are fired, he grabs the girl and leaves the scene of the crime—a rash decision that could ruin his career. However, Jax has a hunch the intended target wasn’t the dead, cheating husband.

This is a romantic suspense with a real crime genre feel to it. So much so, that it took me the first few chapters to get into the writing style and language. The character of Lane grabs you early on for her unique blend of sassy individuality. Likewise, Jackson (Jax) has the whole hot, tough-guy detective vibe to get you interested. Thrown together when a cheaters decoy assignment for Lane goes wrong, Jax and Lane’s relationship sizzles on the page.

The plot has a good amount of tension to keep things moving forward, although there were times when this was diminished by the feeling of jumping around. The same too for the sub-plots: they were clever and interesting but sometimes felt as though they got in the way of the tension. Despite this, it was a well thought out story line with some great twists that I genuinely didn’t see coming.

This isn’t a romance read for those who are looking for something sweet (although the love between Jax and Lane is heartfelt). There’s a dark grit to this novel, reminiscent of crime thrillers, so I’d suggest it’s a great read for those who want some romance with their crime.

Amber Malloy dreamed of being a double agent but couldn’t pass the psyche evaluation. Crushed by despair that she couldn’t legally shoot things, Amber pursued her second career choice as pastry chef. When she’s not writing or whipping up a mean Snickers Cheesecake, she occasionally spies on her sommelier. Amber is convinced he’s faking his French accent.