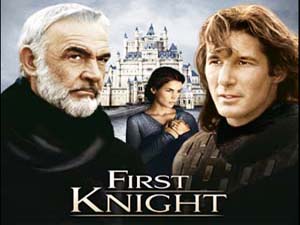 Only the other week I was lamenting that as a mother, you just don’t get ‘sick days.’ You nurse your child better when they are ill, but when you come down with something, you rely on mummy immunity to pull you through and just get on with it.

Sick days? Try seven of them in a row. It wasn’t a case of ‘I’ll just soldier on’, it was a case of I.just.couldn’t.get.out.of.bed.

And before you suggest all of this pain could have been avoided with a flu injection, I get them every single year, because I can’t afford to get sick. The Flu doesn’t care about that. All The Flu cares about is inhabiting your body and sucking it dry until you are a husk of your former self.

OK. So I’m a writer and that reads a little dramatic, but I was so sick I couldn’t even read! Let me repeat that for you: I couldn’t read. All I could do was lie there aware of how sick and miserable I was.

After a few days in an attempt to do something other than lie witness to my flu ravaged body, I decided it was time to watch a movie. It didn’t require any effort on my part, just my eyes. Great idea, right? It was until I realised that the majority of our collection is blu-ray and the player in our room is DVD. So I had to dig deep. Real deep.

The First Knight and the importance of the kiss

Sean Connery. Richard Gere. Julia Ormond. When the were young! The legend of Camelot, King Arthur and Lancelot.

This movie came out when I was a teenager and I realise now watching it all these years later, how the romance of it impacted on me.

This movie is also a great example of the role of a kiss in a story. As a writer, I’ve always held fast to the theory that a kiss, particuarly the first kiss, between your characters has to be memorable. In fact, it has to be more than memorable. It has to be an embodiment of the emotion, the passion and the tension between a couple.

In the First Knight, this may not technically be their first kiss, but it’s the first time Guinevere asks Lancelot to kiss her and…WOW.

As for the King walking in on them right at the end, well, that’s a great example of conflict in a story, but I’ll save that for another post.

What about you? Do you have a favourite all time kissing scene from a book or movie? And do you agree the first kiss is important?

4 Replies to “The importance of the kiss, brought to you by The Flu”